If you are beginner with git, I recommend you to go through this awesome Udemy course on git. Just click on the below image. 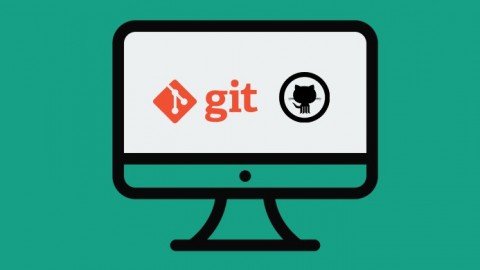 Before installing GitBash on Windows 10, first thing we want to do is download git and Git Bash from their official page: git-scm.com

And I presume it works for any Windows version like 7 or 8 or 10.

While it downloading, lets talk a little about git and Git Bash.

Git in a nutshell:

Git is an open source version control system used in software development.
Its like saving the work we have done so far, and we may want to back it up by pushing our latest cod in a remote repository. Safe and sound. So even if we lose our  project files in our laptop because of million of unthinkable reasons, our productivity is not lost.

More importantly, git is used mostly in software companies so that many people can work on the same project simultaneously. Each engineer can work on different set of features individually and merge all the work they did using Git.

Git Bash is a terminal much like command prompt, but with added UNIX commands that we normally don’t see in Windows command prompt.
Why? because as a developer we may want or need to use UNIX based systems at some point, and it is not a bad idea to learn some UNIX commands. Personally I am more used to these commands.

Alright, so we are ready to install git bash on windows 10 .

Yup whole bunch of Next’s! But follow with me this time because we have to make a stop and change a default option to get the UNIX commands.

Stop after like 4 or 5 Next and select a different option rather than the default.

Select where you want your Git Bash program to be installed, aaandd… NEXT! Select the location you want to install git to.

Select the required component for you, Then,

Next, you can change the name of installation if you want.

You can setup your editor, I chose notepad++.

And hold up just a second here! We want to change settings to ‘Use Git and optional Unix tools from the Windows Command Prompt’ option. I know it gives us the warning, but as long as we don’t use command prompt (cmd) very often, it wouldn’t affect any intents and purpose.

Choose the option how you want to use the git.

Now select which SSL/TLS library would you like to use for connection.

Select how should git treat line ending in text files.

Select which terminal you want to use for git bash

Choose the feature you want.

Git will be installed shortly.

It will install and let it do the rest..

Git Bash has been installed in our system. Check the ‘Launch Git Bash’ box and hit finish to  run the Git Bash Terminal.

Right click inside any folder and you will be able to see git bash in context menu.

This is our Git Bash terminal on Windows 10 where we can now use git and other UNIX commands.

Connect with live on code